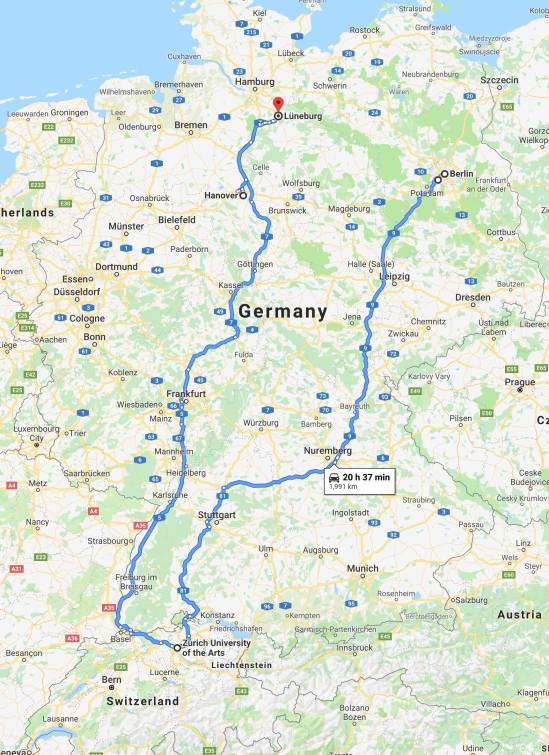 This summer, I will be spending a month in Germany, along with a short trip to Switzerland, for a series of talks and other events. Here is the full list:

June 21: “The Algorithmic Nickelodeon” — Screening and presentation at symposium on “Videographic Criticism: Aesthetics and Methods of the Video Essay,” ACUD-Kino Berlin

On July 10, 2019, I will be giving a talk titled “Post-Cinematic Realism” at the LeibnizWerkstatt lecture series on Sprache, Migration, Vielfalt at the Leibniz Universität Hannover. Thanks to Radhika Natarajan for inviting me!

This coming week, I will be heading out to Europe for a series of talks and events in Switzerland and Germany, where I will be presenting work related to my forthcoming book Discorrelated Images as well as videographic scholarship (including the recent Videographic Frankenstein exhibition).

I am very excited to announce today that the DFG (Deutsche Forschungsgemeinschaft / German Research Foundation) has now officially approved the application of the Research Unit “Popular Seriality — Aesthetics and Practice” for a second 3-year funding period! From October 2013 through September 2016, we will continue our research on serial forms and processes in popular culture, this time around through seven newly developed projects:

Serial Narration in Popular German-Language Periodicals from 1850 to 1890 (Claudia Stockinger and Stefan Scherer, Göttingen and Karslruhe)

For more information about the Research Unit — our past and present projects, publications, news, events, and other information — please refer to our official homepage: here.

The English Theatre Group, under the direction of Peter Bennett, will be performing Oscar Wilde’s Salome and The Fisherman and His Soul (an original dramatization of Wilde’s fairy tale) as a double-bill. Please note that there is a new venue this semester: “die hinterbuene” at Hildesheimer Str. 39A. Performances are on July 17, 18, 20, and 21 at 7:30pm. Contrary to the information on the above flyer, advance ticket sales begin on Monday, July 2, and run through Friday, July 13, in the foyer of the Conti-Hochhaus at Königsworther Platz 1. 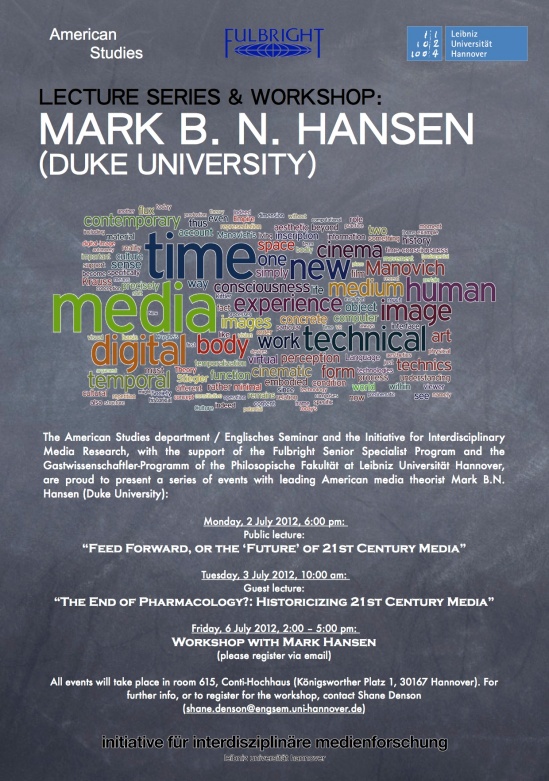 “During the first decade of the 21st century, film style changed profoundly.”

This, at least, is the thesis put forward by Matthias Stork in a series of highly controversial video essays that have circulated recently on the Internet. According to Stork, “Contemporary blockbusters, particularly action movies, trade visual intelligibility for sensory overload, and the result is a film style marked by excess, exaggeration and overindulgence: chaos cinema.”

In a series of film screenings, we would like to engage critically with Stork’s notion of chaos cinema. We shall begin by viewing Stork’s video essays themselves, before moving on to some of the films he discusses and others that exemplify and/or challenge the paradigm of chaos cinema.

For those interested, here are some links to useful background and discussion:

First, Stork’s thesis must be seen against the background of David Bordwell’s notion of “intensified continuity,” which is seen to mark a change from the classical Hollywood style that dominated American cinema from around 1920 until (at least) the 1960s. Chaos cinema, according to Stork, goes further in effecting a radical break with continuity principles, whether classical or intensified.

Another important context is Steven Shaviro’s book Post-Cinematic Affect, which introduced the term “post-continuity.” (A Google Books preview can be found here, but note that approximately two-thirds of the book appeared in the open access journal Film-Philosophy under the title “Post-Cinematic Affect: On Grace Jones, Boarding Gate and Southland Tales“.) More recently, Shaviro has returned to the topic and reflected explicitly on Stork’s notion of chaos cinema in a talk given at the 2012 annual conference of the Society for Cinema and Media Studies, reprinted in full on his blog The Pinocchio Theory.

And here, finally, is the schedule of screenings (note that all screenings will be held in room 615 of the Conti-Hochhaus, at 6:00 pm):

Films will be shown in English original with subtitles where available. Screenings are open to all, so feel free to spread the word!