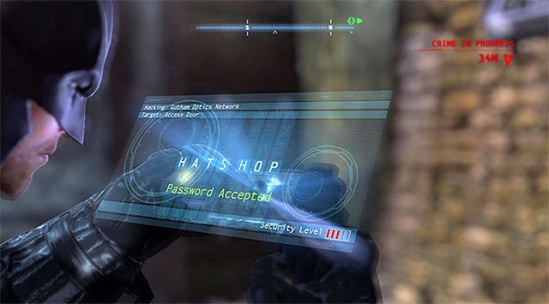 My abstract for the panel “Video Games’ Extra-Ludic Echoes” at SLSA 2015 in Houston:

“Gaming and the ‘Parergodic’ Work of Seriality in Interactive Digital Environments”

Twentieth-century serial figures like Tarzan, Frankenstein’s monster, or Sherlock Holmes enacted a “parergonal” logic; as plurimedial figures, they continually crossed the boundaries between print, film, radio, and televisual media, slipped in and out of their frames, and showed them – in accordance with a Derridean logic of the parergon – to be reversible. In the twenty-first century, the medial logics of serial figures have been transformed in conjunction with the rise of interactive, networked, and convergent digital media environments. A figure like Batman exemplifies this shift as the transition from a broadly “parergonal” to a specifically “parergodic” logic. The latter term builds upon Espen Aarseth’s notion of “ergodic” gameplay – where ergodics combines the Greek ergon (work) and hodos (path), thus positing nontrivial labor as the aesthetic mode of players’ engagement with games. These new, ergodic serial forms and functions, as embodied by a figure like Batman, raise questions about the blurring of relations between work and play, between paid labor and the incidental work culled from our entertainment practices. Following Batman’s transitions from comics to graphic novels, to the films of Tim Burton and Christopher Nolan, and on to the popular and critically acclaimed Arkham series of videogames, I will demonstrate that the dynamics of border-crossing which characterized earlier serial figures has now been re-functionalized in accordance with the ergodic work of navigating computational networks – in accordance, that is, with work and network forms that frame all aspects of contemporary life.