Above, Mark B. N. Hansen’s talk “Speculative Protention, or, Are 21st Century Media Agents of Futurity” — the last of five videos documenting the “Post-Cinema and/as Speculative Media Theory” panel I chaired on March 27, 2015 at the Society for Cinema and Media Studies annual conference in Montreal.

Above, Adrian Ivakhiv’s talk “Speculative Ecologies of (Post)Cinema, or, The Art of Morphogenesis: Cinema in & beyond the Capitalocene” — the fourth of five videos documenting the “Post-Cinema and/as Speculative Media Theory” panel I chaired on March 27, 2015 at the Society for Cinema and Media Studies annual conference in Montreal.

Above, Steven Shaviro’s talk “The Rhythm-Image” — the second of five videos documenting the “Post-Cinema and/as Speculative Media Theory” panel I chaired on March 27, 2015 at the Society for Cinema and Media Studies annual conference in Montreal.

Up next: Patricia Pisters. Stay tuned!

Above, the first of five videos documenting the “Post-Cinema and/as Speculative Media Theory” panel I chaired on March 27, 2015 at the Society for Cinema and Media Studies annual conference in Montreal.

The room was jam-packed with people (as you can see in the images here), and the panel was equally jam-packed with dense theoretical discussions of post-cinema. These videos are meant to compensate for the limited space and the limited time (and cognitive capacity) to process these thinkers’ ideas on the spot, preserving and opening their presentations to a wider audience.

This, the shortest of the videos, contains my introductory remarks outlining my overall rationale for organizing the panel.

Stay tuned for videos of talks by Steven Shaviro, Patricia Pisters, Adrian Ivakhiv, and Mark B. N. Hansen, which will be appearing here in the coming weeks (if you like, you can subscribe to the blog to make sure you don’t miss them; see the link on the upper right-hand side of the screen). In the meantime, you can read their abstracts here:

Finally, you can look forward to contributions by all four speakers (and many more as well) to the open-access collection Post-Cinema: Theorizing 21st-Century Film, which I am currently co-editing with Julia Leyda for REFRAME Books (and which will be coming out later this year).

Here are a few images, all taken from Twitter, from the “Post-Cinema and/as Speculative Media Theory” panel that I chaired this morning, bright and early at 9am.

Despite the early hour, people came out in droves to see Steven Shaviro, Patricia Pisters, Adrian Ivakhiv, and Mark Hansen.

Though I could not see it from my vantage point, people were even standing outside the room to hear these rich and energetic papers!

Finally, if you couldn’t make it, couldn’t see the speakers, couldn’t hear them, or couldn’t follow all the intricacies of their very rich and theoretically dense papers this morning, you may be interested to know that the entire panel was videotaped and will be available here soon!

Only two weeks until the 2015 Society for Cinema and Media Studies annual conference (March 25-29 in Montreal)! In case you haven’t seen it already, the official program is now up here (warning: opens as a PDF).

As I have posted before, I will be participating in two panels this year:

First, I will be serving as chair on the “Post-Cinema and/as Speculative Media Theory” panel (Session K7: Friday, March 27, 9:00 – 10:45am), for which I feel extremely lucky to have secured an all-star lineup of panelists: Steven Shaviro, Patricia Pisters, Adrian Ivakhiv, and Mark B. N. Hansen (click on each name to read the panelists’ abstracts). I also feel very honored that the Media and the Environment Special Interest Group has chosen this panel for official sponsorship!

Second, I will be co-presenting a paper on “Hardware Seriality” with my colleague Andreas Jahn-Sudmann in the “Digital Seriality” panel (Session Q20: Saturday, March 28, 3:00 – 4:45pm). Other panelists include Scott Higgins and Dominik Maeder (click for their abstracts). (Unfortunately, Daniela Wentz will not be able to attend the conference.)

Finally, just for fun: A BOOK GIVEAWAY! The first person to ask me (in person, during the conference) about my book Postnaturalism: Frankenstein, Film, and the Anthropotechnical Interface (excerpt here) will get a free copy! So be on the lookout! 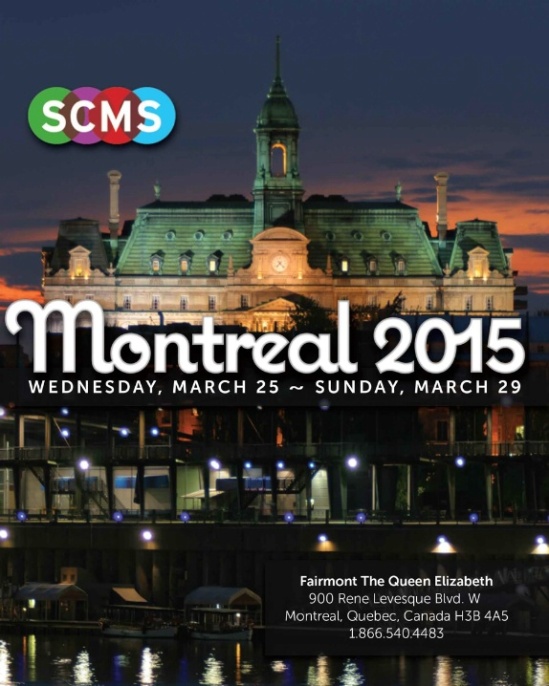 The preliminary schedule for the Society of Cinema and Media Studies 2015 conference in Montreal is now online (here). As I posted recently, I will be involved in two separate panels:

First, I will be chairing the panel on “Post-Cinema and/as Speculative Media Theory” (panel K7, Friday, March 27, 2015, 9:00-10:45am) — with presenters Steven Shaviro, Patricia Pisters, Adrian Ivakhiv, and Mark B. N. Hansen. You can find the complete panel description, as well as individual abstracts, here. Note also that all participants on this panel are contributors to the forthcoming Post-Cinema: Theorizing 21st-Century Film, which I am co-editing with Julia Leyda.

Second, I will be participating in a panel on “Digital Seriality” (panel Q20, Saturday, March 28, 2015, 3:00-4:45pm) — along with Andreas Jahn-Sudmann, Scott Higgins, Dominik Maeder, and Daniela Wentz. Panel description and abstracts can be found here. And, as with the other panel, this one too has a tie-in with a publication: all the participants on this panel were contributors to the special issue of Eludamos: Journal for Computer Game Culture that Andreas Jahn-Sudmann and I edited on the topic of “Digital Seriality.”