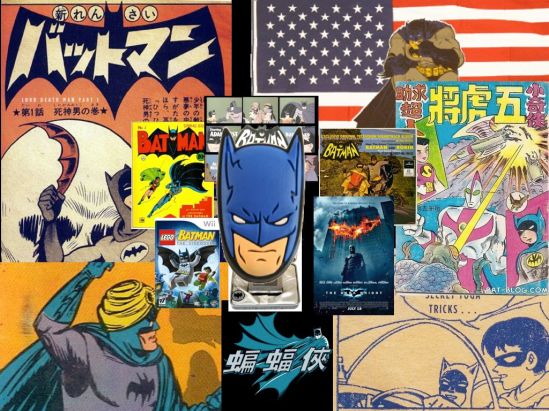 [Update: our publisher, Continuum, now has an official announcement, complete with table of contents: here.]

I am excited to announce Transnational Perspectives on Graphic Narratives: Comics at the Crossroads, an essay collection co-edited by Daniel Stein, Christina Meyer, and myself, which is now officially under contract with Continuum, an international publisher with a strong comics program (you can browse some of their graphic narrative-related titles here). We hope to see the volume appear in 2012; more info will follow before then, but in the meantime here is a short abstract for the collection:

Transnational Approaches to Graphic Narratives: Comics at the Crossroads

The overall aim of this collection is to close the gaps in (at least) two major fields of research: 1) in American Studies, broadly defined, where graphic narratives are increasingly accepted as a hybrid, visual-verbal literature that is worthy of critical analysis but where they are frequently placed in an exclusively American context despite the opening of the field towards transcultural and transnational research; and 2) in Comics Studies, which is currently one of the liveliest and most dynamic young fields of critical inquiry but which has, by and large, marginalized the transcultural and transnational dimensions of graphic narratives.

The essays in this collection read graphic narratives as texts that are virtually predisposed towards crossing cultural and national boundaries because their unique visual-verbal interface translates more readily – though not without transformative distortions – across cultures than mono-medial forms of literature, non-narrative artworks, and even film. Our understanding of these texts and their history thus foregrounds the transnational flux of authors and graphic styles as well as the transcultural work that individual works and genres have performed for more than a century. As Paul Williams and James Lyons write: “There are good reasons to understand North American comics in a transnational context: the institutional transaction of texts, creators, and capital across national borders has contributed to observable productive tensions in the comic texts themselves.” (The Rise of the American Comics Artist: Creators and Contexts, Jackson: UP of Mississippi, 2010, xiii.) Following this challenge to consider the transnational exchange of creative energies and their transcultural effects, the first aim which all of the essays in our collection pursue is to engage in the study of American graphic narratives as texts that question and potentially transcend the ideological limitations of national borders.

A second aim of this volume is to situate American graphic narratives in a truly interdisciplinary space in which literary studies, cultural studies, media studies, as well as political and sociological approaches may contribute to redefining the fields of American literature as a truly transnational field of inquiry in which graphic narratives are a major, and increasingly prominent, element. Instead of following uni-directional approaches, all of the essays in this volume follow a notion of multi-directional relationality that has shaped the field of American graphic narratives from its inception (from Japanese woodcuts to early American newspaper comics; from the Eastern European origins of Superman’s inventors to the British authors and artists drawing most contemporary superhero characters) and that has always been at the center of this inherently transcultural and transnational literature.

2 responses to “Transnational Perspectives on Graphic Narratives: Comics at the Crossroads”